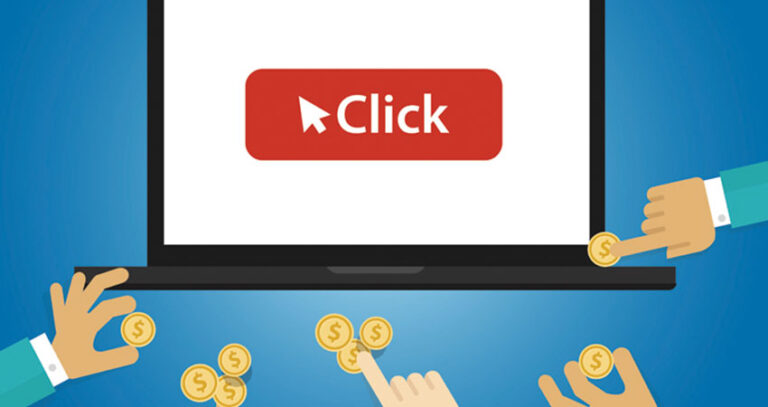 The Internet is snowballing, and with its growth, online advertisement has become vital in the advertising market.

The ability to measure value in online advertising has given it an edge over other forms of advertising.

The end goal of every advertiser who puts out an advert is the value their business receives from the ad. This could be in the form of the following;

The most successful online advertising model is the pay pay-per-click which charges each click based on the keyword popularity and competitiveness. It is renowned for its accountability, simplicity, and measurability.

Inflationary click fraud robs advertisers of the value online advertising brings to their business, as fraudulent clicks are intentional clicks with no value-generating intention. They deplete the advertisers’ advertising budget with absolutely no ROI.

Inflationary click fraud or click inflation is a practice where publishers and website owners intentionally click on ads published on their websites to increase the number of clicks they receive. This directly increases their revenue.

At a high level, Online advertising involves advertisers paying for their ads to be displayed on websites that attract traffic via their content or functionality. Publishers show these ads to their visitors, who may be potential advertisers’ customers. Ad networks such as Google’s AdSense act as middlemen between advertisers and publishers.

Publishers are paid a percentage of the cost per click paid to the ad network based on the number of clicks the ads receive on their website.

In reality, things are more complicated. Some ad networks are also publishers (Google and Microsoft) and have a significant conflict of interest from receiving a large number of clicks on ads, whether real or fake. At the same time, website owners are notorious for purchasing cheap traffic and clicks.

Therefore, not only do advertisers lose out due to the greed of publishers and their affiliates, they also cannot trust search engines and ad networks to act in their best interests.

While this model helps publishers earn from content development, it also leaves room and incentivizes individuals to generate false clicks.

Third-party websites or PPC companies use inflationary click fraud as a trick to make more money from advertisers. They purchase cheap traffic to click on advertisers’ ads without the intention of making a purchase.

Sources of fake clicks include;

Click farms are locations that generate traffic in bulk for sale. They operate as businesses, offering a variety of services, including;

Click farms are typically based anywhere in the world, but a large number are located in 3rd world and developing countries where labor is cheap and available.

Click farms have been around for quite some time and have become more and more sophisticated in providing clicks that can pass as genuine clicks to the ad network.

Botnet click campaigns are the most efficient way to target many pay-per-click ads by infecting computers connected to the internet with malware and using them to click on ads without the knowledge of the owners of these computers under the control of a botmaster.

The goal of a botnet campaign is to infect as many linked devices as possible and use them for repetitive tasks such as clicking on ads.

Botnets only control a small portion of web browsers to avoid detection; however, with thousands of infected devices, even a small amount of diverted traffic to online ads from each device quickly adds up to a large number of fake clicks.

Here are a few examples of ad fraud botnets that have ravaged the advertising industry in the past:

Although fraudulent clicks resemble valid clicks, they can be detected by closely monitoring your campaigns manually or with a third-party tool.

You can use the same tools you use for ad tracking to spot suspicious clicks. In Google Analytics, for example, you can see the number of clicks on banners and quickly identify any irregularities or fluctuations.

Click frauds are characterized mainly by recurring click patterns that significantly increase the number of website visits but do not generate conversions. With these clicks, look at the log files in detail and check the following:

You can use the user agent check to determine whether the scammers use the same IP address. If an IP address generates excessive clicks, you should determine if the same sender IP is always recorded because a possible click fraud can be well concealed via proxy servers such as in public Internet cafes, restaurants, universities, or airports. In addition, you should track regular patterns in user behavior.

What happens next if you’ve been able to expose suspicious IP addresses or track down click fraudsters? The next step is to have them blocked immediately by the advertising operator. If you do that, your advertisement will no longer be displayed on this IP address.

Carrying out a remarketing of your campaigns is also an effective measure to help counter click fraud. With it, you get your advertisements displayed only to users who have already visited a website and performed an action there.

If none of these reasons apply, you can take further measures to detect click fraud and ensure the defaulter is dealt with.

Click fraud protection software are third-party tools that act as a screen between the Ad network and the advertiser. They conduct a more thorough investigation of clicks as they move from the ad network to the advertiser’s website.

These neutral third parties are obliged to share their screening technologies with both the publisher and the advertisers, thus making them free of moral hazards and possible conflicts of interest.

With PPC protection software, advertisers can have a smoother interaction with search engines, knowing that regardless of the actions or inactions of search engines in dealing with click fraud, their investments are well protected, and they will receive only valid clicks.

True, fraudulent clicks are difficult to identify; however, in many cases, they follow a pattern and display characteristics that third-party tools and advanced AI can screen.

Protect your Campaigns with ClickPatrol

With superior AI technology, our tool can predict, detect, and block fraudulent and unwanted clicks and blacklist suspicious IPs before they cheat you out of your advertising budget.